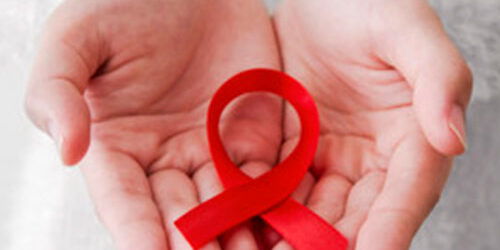 HIV, Human Immuno Deficiency Virus. Most of you would be aware of what it is and how it spreads, but, did you know there are some symptoms in women they experience differently than men do?  As per statistics, till 2019, around 3.8 crore people are living with HIV and around 3.3 crore died with HIV. That’s quite a big number. Playing safe and knowing about the symptoms can help a person not contract the deadly infection and if infected, helps stay healthy and longer with right medical treatment.

Symptoms of HIV in women

After getting infected with HIV, in most of the cases, there won’t be any symptoms seen in people for a period of about 2 weeks. This is the time when the virus rapidly multiplies in the body and grows in number exponentially. Viruses behave and multiply differently than bacteria. Viruses do not have a mechanism where it can multiply on their own. They use host’s body cells to make copies of themselves after entering it and the host cell is destroyed. During this period, flu like symptoms may be seen in people that may include:

These symptoms last for anywhere between 2 weeks to a month and then subside. As these symptoms similar to that of common cold, many people tend to ignore them or just take over the counter medicines (medicines that are available in the drug store without prescription).

Specifically, women may see the following symptoms of HIV:

When should you see a doctor if you think you may have got infected with HIV?

You should see doctor as soon as possible if

If you get to your doctor within 72 hours of your risky behaviour, your doctor may be able to save you from contracting HIV with a treatment called ‘Post Exposure Prophylaxis’. You will be administered with anti viral drugs which will suppress the multiplication of virus and allow your body to attack and clear the virus from your body.

If not, you should see your doctor as soon as you see the above mentioned symptoms and if you have involved in risky behaviour in the past 2 weeks or so.

As soon as you present yourself to a doctor with possibility of infection after your risky episodes, the doctor may enquire about your activities in the past, how active you are sexually etc. Depending on his/her inference, you may be advised to get tested not just for HIV but also for other sexually transmitted infections. This is a standard procedure which will help save you from other infections as well. Depending on when (how long after possible exposure) you present yourself to your doctor, the tests (and their costs) differ.  Different types of HIV tests are:

Treatment of HIV after a positive test report

After testing positive for HIV, what you need is ‘courage’ to admit that you are infected and ‘trust’ your doctor that with the medication given, you can still lead a healthy life just like everybody. You will be given Anti Retro Viral medicines, that can control the replication of the virus. They bring the replication to near stop status but don’t get rid of the virus from your body. Virus will still remain passive in your body.

All you need to remember at this time is: